Rules for Ethical Behavior in Life and the Workplace

How to Know When you are Doing the Right Thing? Have you ever taken something from your employer’s workplace thinking nothing was wrong with “borrowing” office supplies for your home or using company software on your home computer? Surveys consistently show that about 20% of workers take something from their... Read more →

Terrorist Postings and Social Media Obligations Should Facebook, Google, and Twitter have a role to play in combating online propaganda and recruiting by Islamic terrorists? According to a March 2015 study, at least 46,000 Twitter accounts were connected to ISIS. There, Islamic groups spread propaganda, message with new recruits and... Read more →

Structured Financial Instruments are Back This blog first appeared on my Ethics Sage website under the title: Bespoke Tranche Opportunity: It’s déjà vu all over again." It explains the use of structured financial assets and risky behaviors by investment banks similar to the 2007-2008 financial recession period. Due to the... Read more →

AAU Study Finds 23% of Women Report Sexual Assault in College A new survey of college students by the Association of American Universities (AAU), one of the largest ever focusing on sexual assault and sexual misconduct, has shed light on the scope and severity of the problem of sexual assault... Read more →

Posted at 06:00 AM in Social media, Womens' issues in the workforce | Permalink | Comments (0)

The Professionalization of Millennials

Drilling-down on the Workplace Reputations of Millennials I have previously blogged about the work ethic and goals of the Millennial generation. Millennials have been defined as entitled, impatient, and results oriented. These characteristics, combined with the prominent world of technology and social media, have made previous generations ask if this... Read more → 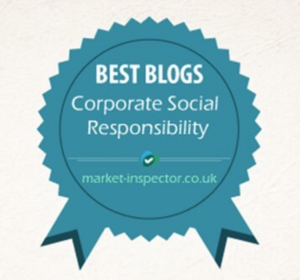